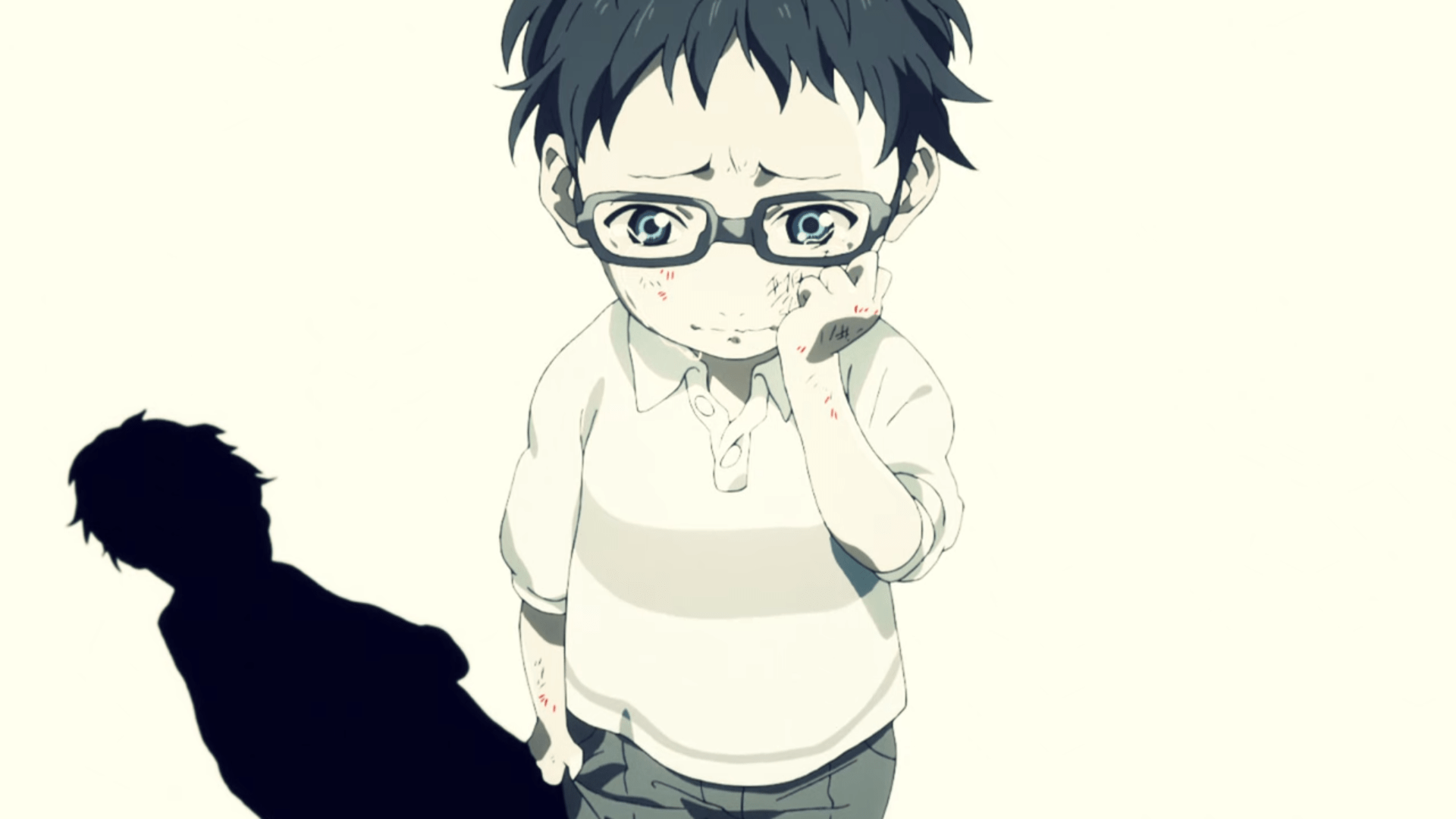 It’s normal to find certain situations distressing and anime is no exception. People need a place to check for whether an anime contains certain content before they watch it, so they know what to avoid at a glance. This is that place and I’ve decided to start with none other than Your Lie In April.

In case I was unclear with any of my descriptions, you may consult the Anime Trigger Warnings Reference Guide.

None. Depictions of rape can be psychologically difficult even for people who haven’t ever been raped. Thankfully, Your Lie In April has none. It has no implications of such either.

None, though I still wouldn’t recommend this anime for younger children. See Child-Friendly.

Panty Shots and Other Visual Fanservice?

None. Let’s give a shoutout to animes that don’t rely on panty shots to get or hold people’s attention.

Barbie doll (or no detail) nudity in the theme song, but none in the series proper.

None. There is some light teasing and flirting, but no dirty language.

Yes, and they romanticize it, too.

Spoiler: How does Your Lie In April romanticize abuse?
Not only does the victim internalize their abuse, but they also thank their abusers. No, really. If this irritates you, stay far away from this series.

Heavily implied physical abuse appears to be the only abuse that the writers take remotely seriously because it’s delivered through vivid verbal descriptions and aftermath visuals, which include bruises, tears from crying, etc. However, these same writers impose a lot of chibi violence on the abuse victim for cheap jokes.

There is also explicit emotional abuse, which features the abuser screaming put-downs at the victim. Toxic behaviours show up in other parts of the series as well, including in manipulation, bullying, and sabotaging behaviour.

Spoiler: Sabotage shows itself in...
A character tells another character that the one they love doesn’t love them and that they are their only hope for love. The goal is to get the character to give up on their crush, sabotaging their chances, so they can have them for themself. It’s selfish and gross.

None. In this case, I am defining self-harm as self-mutilation, drug abuse, and otherwise purposely participating in behaviours that can lead to self-harm. Your Lie In April has none of that.

Yes, via chibi characters hitting, kicking, and throwing things at other characters. It can feel gross to watch when placed alongside the aftermath of sad, difficult abuse.

Yes. I was actually surprised at how much the main character bleeds out of his head/face in this anime. Moreover, other characters seem to think it’s fun to keep hurting him. However, the characters aren’t normally depicted as being overly distressed when it happens. (Screaming in pain, crying, etc.) There are also zero detailed depictions of gushing blood, organs spilling out, etc.

Yes. One character is portrayed in a wheelchair with a nasal cannula, oxygen tank, and IV. This may be hard to see if you have negative experiences associated with hospitals or hospital equipment. Another character briefly suffers from sudden weakness and convulsions.

None. Anguish is mentally taxing to watch especially over a long period of time. This includes screaming in pain, sobbing, emotionally charged arguments, etc. As a result, emotionally charged moments are usually brief or cut short with immersion-destroying comic relief.

Spoiler: The animal's blood.
As a bonus, we get to see the animal’s blood on the hands of the character who tried to help.

Personally, I didn’t find the series to be sad, but I tend to lean a bit more stereotypically macho. Therefore, I don’t cry much as a general rule. I also explain why this series didn’t check many of my boxes in my review.

No, because of Animal Death, Physical Suffering, Abuse, and Violence.